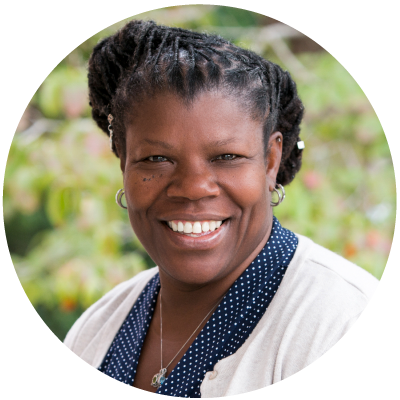 Jacqueline Gibson-Barrow grew up in Barbados, where she studied accounting, and moved to the United States in 1985. She received her childcare certification from Montgomery College. Before joining Aidan, she worked as a nanny for eight years. She also works at the Arcola Health and Rehab Center (Nursing Home) part time. Jackie is a member of the Barbados National Association and is always ready to volunteer.

She enjoys all kinds of craft and meeting people. Jackie has been married to her wonderful husband, Earl, for over 25 years. They have an older son, Emerson, and a daughter, Lisa-Anne, (Aidan Class of 2009) Holton-Arms class of 2015. Lisa-Anne recently graduated from San Diego State University, where she received a Track and Field scholarship.